The Garden Where It All Began

"We call the training facility for Parasites, the Garden. There, CHILDREN are brought up to develop a sound mind and learn how to behave properly as CHILDREN, they are then pruned and only the Parasites who leave the Garden's nest with their heads high have the honor of defending ADULTS against the Klaxosaur threat."—Hachi

The Garden Where It All Began is the twelfth of DARLING in the FRANXX.

Squad 13 goes to their childhood home, the Garden, for testing, and encounter Zero Two's former teammates - the 9's. An intense battle with Klaxosaurs exposes Zero Two's lust for combat, giving Hiro cause for concern.

Hiro narrates that where he came from doesn't matter to him, but he does about living life to its fullest. He thinks this is what it means to be human. Though he thought that Zero Two felt the same, he isn't sure.

Squad 13 looking out of the glass shield of Mistilteinn as Cerasus travels through heavy snow. They then see the Garden as they approach it. Zero Two is in the library within the boarding house, looking for picture books but to no avail.

Hiro narrates that they are headed to the Garden; where they grew up. It's a parasite development facility where hundreds of children live. There is also the research hub (Nursery 3: Laboratory) located above the Garden and the children call it the Lab.

As they walk into the lab. Miku says she saw it every day but never went inside. Kokoro says that very few children got to enter, though Hiro did a few times. Hiro says he was designated special research subject. When Futoshi adds that Mitsuru would have gone there too, Hiro doesn't remember and Mitsuru is offended. Nana tells them that they were brought to run tests on them. She says that they are banned from entering the Garden. Ichigo wonders what they're being tested on and Goro wonders why the tests have to be done here of all places. Hiro says that they're probably just tagging along with Zero Two. Hachi confirms that she, in particular, will undergo thorough testing. Zero Two bites her nails and says she will pass but Nana says this is an order and they can’t put it off any longer. The 9's appear and 9'α says Zero Two must be there for maintenance as well. She walks away and 9'α says she's the same as always. Kokoro wonders who he is and Miku says he's hot. Nana introduces the 9's and 9'α says it's a pleasure to meet them. He asks that they escort Iota safe and sound. Ichigo asks where he means. He says that they must know that all the plantations on the continent are currently heading to a single location. Nana says she'll tell them later. Hiro asks why she's called "Iota" and he says that she used to be a Nine as well. He says that he's surprised a normal squad could "tame" her. Ichigo says that she's one of them and that the "special forces" haven't been taught basic etiquette. She says that she'd rather fight along Zero Two than them. He laughs and says that they aren't a normal squad. He walks over and kisses Ichigo's hand, much to her embarrassment. The other girls are flustered and Goro gets irritated. Nana calls Squad 13 to leave. As they walk away, 9'α says that he'd love to be part of their squad sometime. Ichigo says that they only have space in the attic and it wouldn't befit them. 9'α says to himself that she's proud and dignified.

Squad 13 undergoes their tests. Hiro sits in the hallway and recalls a moment with Zero Two in the library before. Hiro asked Zero Two if something happened recently as she looked through books and threw them in the floor. He asked that she talk about it since they're partners. She asked him to kiss her and approached him, making him back up into the wall. When she opened her mouth, he noticed her fangs and she stopped, saying never mind and walked away. Goro comes out of the room and confirms the tests were normal. Hiro says he is thinking about going to the Garden because he wants to see Naomi and tell her that he found a partner.

Meanwhile, Nana is watching Zero Two struggle against some APE soldiers. She beats them up and orders them to get their hands off her before turning her attention to Nana. Nana gives an officer permission to tranquilize Zero Two, who is then restrained by two soldiers. When she is hit by the bullet, she attempts to charge at Nana but loses her balance and is held down. Nana tells Zero Two not to cause any more trouble.

Disobeying orders, Hiro, with the other members of Squad 13 visit the Garden, hoping to meet Naomi again. They have flashbacks of their childhood as they observe the children. Goro mentions it has been no more than six months since they left but it feels like a distant memory. They look through a room and see that children are already receiving ‘parasite shots’ despite being so young. An adult caregiver confirms this because the recent increase of klaxosaur attacks has made it necessary for them to develop more obedient parasites and she notices they are Squad 13 but reminds them they are not allowed to be here. Hiro asks her if a girl named Naomi, or Code 703, has been returned to the Garden. She says no because once anoarasite leaves, it never returns, baffling the squad. While walker ng outside, Hiro stands in front of a mistletoe tree and he senses he has been there before despite having no memory of it. As they return to the Lab, Kokoro suddenly asks them where they think they came from. Miku replies Papa and the others made them but Kokoro asks if that is true, but everyone seems indifferent to this. Nana angrily calls out to them. After she scolds them and sends them off to return to the plantation, 9’a initiates a conversation with Ichigo and says it’s a wonder they weren’t punished for disobeying orders, and they must be different than other squads. Ichigo brushes him off and tries to leave until he offers to tell her about Zero Two, which catches her attention. At Mistilteinn, Zero Two looks at her fangs in the mirror and the mirror cracks.

Ichigo keeps an eye on Zero Two as she wonders throughout the house and she is startled when Zero Two violently breaks every mirror in the house. When a group of Klaxosaurs attack the Garden, Squad 13 is dispatched. When they board Strelizia, Hiro notes that Zero Two's canines and horns have grown longer. During the battle, a hysteric Zero Two ignores direct orders and attacks alone, despite Hiro trying to keep her under control. Even though the klaxosaurs were Conrad-class, she went all out on them, stabbing their remains with Strelizia's spear even after they were defeated. Zero Two claimed she was running out of time and she must kill more Klaxosaurs in order to become truly human, perplexing Hiro and horrifying the squad. Strelizia deactivates due to running out of power.

After the battle, Hiro asks the meaning of her words and finds her sitting alone in front of a lake. He asks her what she means about becoming human but she refuses to answer and coldly says he is nothing but her fodder. This initially surprises Hiro but he grabs her and tells her that he didn’t know how to express how he felt. However, after watching Goro and Futoshi regarding their feelings for Ichigo and Kokoro, Hiro finally understands and says he loves her. Zero Two is indifferent but offers to show him what goes beyond a kiss. She shoves him to the ground and unzips her uniform, and kisses him. He resists and rolls her over, saying that’s not what he meant. She further rejects him and walks away. Meanwhile, Ichigo eavesdrops on a conversation between Nana and Hachi in which they affirm with each other that the Saurification process in Zero Two and Hiro is intensifying and Hiro will undergo a genetic mutation any moment, much to her horror. When the second wave of the Klaxosaurs attack, Squad 13 sorties again and once more Zero Two turns rogue. Hiro tried to restrain her while shouting that she can’t become human. Ichigo remembers the rest of her talk with 9’a, who said Zero Two is pretending to be human and she can never coexist with humans because she has consumed over a hundred stamen and she is only using Hiro to devour his humanity. Hiro is attacked by Zero Two who begins strangling him. She says she is going to become human and find her darling from before. He deeply connects to her consciousness and he receives visions of a past long forgotten about him and Zero Two meeting as children. 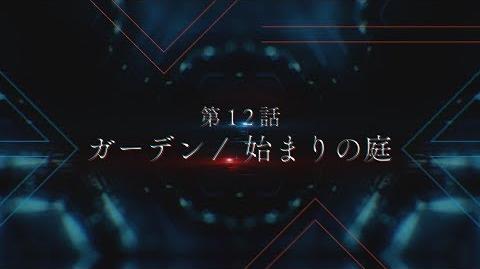 Zero Two is almost out of control